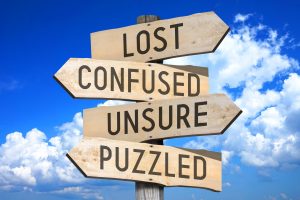 “I would not have known what it was to covet if the law had not said, “Do not covet.”   But sin, seizing the opportunity afforded by the commandment, produced in me every kind of covetous desire.” {Romans 7: 7 & 8 NIV}

“I have written unto you not to keep company, if any man that is called a brother be a fornicator, or covetous…with such an one no not to eat.” {1 Corinthians 5:9-11}

So, according to the belief that Paul in Romans 7 is describing his christian experience, Paul is telling the Corinthian believers that they shouldn’t even eat with a brother who is covetous, while he himself is having “every kind of covetous desire.” For me, I can only see two options: Paul was either a huge hypocrite, or the belief that Romans 7 describes Paul’s christian experience is incorrect. I don’t know about you, but I’m forced to believe the second of those two options.

So, if Paul the apostle had “coveted no man’s silver, or gold, or apparel,” who was doing all that coveting in Romans 7?

Comparing what Paul says about being SPIRITUAL

I can’t understand how anyone could possibly believe that while there were “spiritual” people in the church of Galatia, Paul the great apostle was “unspiritual.”

Comparing what Paul says about SIN being the MASTER

Comparing what Paul says about being “slaves to sin”